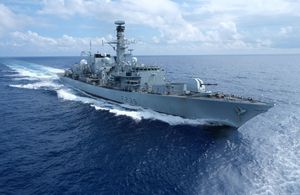 The book will be commissioned by the UK Government and designed to celebrate the people and places of the United Kingdom and Commonwealth. It will...Read More »

Government taking action to tackle the shortage of HGV drivers.

It is true that Mrs Merkel will soon retire from the office of Chancellor after a signal achievement of winning and keeping such a high office for 16 years. No-one else in her era came anywhere near such an achievement. She not only exercised great authority in Germany but also...Read More »

Parliament, the people and Brexit: a rare retrospect

Riverbanks and watercourses to be planted with new woodland

Over 3,000 hectares of new woodlands are set to be planted along England’s rivers and watercourses with backing from the country’s leading environmental organisations, Forestry Minister Lord Goldsmith announced today (Saturday 25 September).

Planting trees on and around riverbanks, or allowing them to grow naturally, can help to improve water quality...Read More »