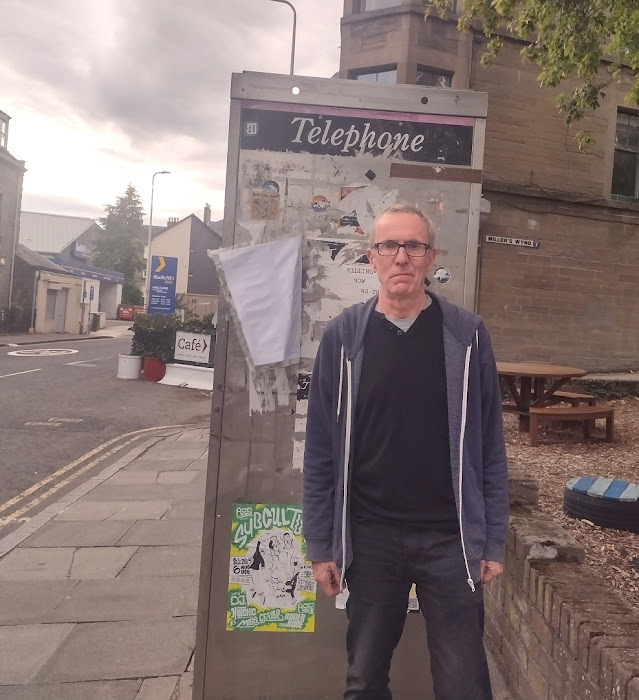 Residents have contacted us about the poor state of the BT phone box in Perth Road at the Miller’s Wynd car park. Fraser is pictured at the box which is in a poor state of cleanliness.

We contacted BT about this who advised :
“I will arrange for the kiosk to be cleaned within the next 5 working days.”
We also asked if the company would consider changing the phone box to a ‘red heritage style’ traditional phone box as many residents have said this would be more in keeping with the conservation area.
However, the BT response was not positive on that aspect as the company says it will never replace phone boxes like this one with the red boxes – a disappointing response.