The 59th Annual Session of the Asian-African Legal Consultative Organization (AALCO) was successfully launched today (November 29). It is the first time for the Hong Kong Special Administrative Region (HKSAR) to hold an AALCO Annual Session. The three-day event is conducted in a hybrid format, bringing high-ranking diplomats and legal experts representing the member states as well as observer delegations representing governments and international organisations from across the globe together to discuss important international law topics.

The AALCO, as the only inter-governmental legal consultative organisation in the Asian and African region, currently has 47 member states comprising almost all the major states from Asia and Africa. It serves as an important forum for its member states to deliberate on international law matters that are of common concern.

The inaugural session was held this afternoon during which Premier Li Keqiang delivered a statement online. He pointed out that as an important outcome of the Bandung Conference, the AALCO is the only platform covering both Asia and Africa for co-operation on international law. He said that President Xi Jinping has called for working toward a community with a shared future for mankind. Asian and African countries, whose combined population takes up three quarters of the world's total, are an important force for upholding international rule of law and practicing multilateralism. The Premier has made five proposals:

First, to uphold sovereign equality and jointly practice multilateralism, which equality of countries regardless of size should be upheld, and the right of all countries to independently choose their own development paths and models fully respected. Matters of the international community should be addressed through consultation among all.

Second, to strengthen connectivity and jointly advance opening-up for mutual benefit, safeguarding the WTO-centred multilateral trading system, and raising the voice of developing countries in the making of international economic and trade rules.

Third, to build a strong line of defence against the coronavirus and jointly strengthen global health governance, working for a fair and equitable system of vaccine distribution and to intensify the research, development, production and technology transfer of vaccines and medicines.

Fourth, to accelerate a green transition and jointly promote sustainable development. The UN Framework Convention on Climate Change and the Paris Agreement should serve as a guide for action. Developed countries need to provide support to developing countries, while developing countries also need to pursue a green and low-carbon transition in a balanced and well-paced manner in light of their conditions.

Fifth, to uphold fairness and justice, and jointly strengthen international rule of law, firmly uphold the international order underpinned by international law and promote good governance through good law to increase the representation and say of developing countries in reforming multilateral institutions, as well as actively participate in the development of new mechanisms and rules in emerging fields.

The Premier also announced at the event that China, together with AALCO, will set up a regional arbitration centre in the Hong Kong Special Administrative Region to provide more accessible and efficient dispute settlement services to Asian and African countries. He said he is convinced that AALCO will further pool the strength of developing countries, and make new, important contributions to building a better world.

In addressing the inaugural session via video message, the Chief Executive, Mrs Carrie Lam, pointed out AALCO has been pursuing multilateralism, advocating international matters be resolved by collaboration among countries and is an active promotor of the international rule of law. She said that "China's persistence in building a 'community with shared future for mankind' is highly congruent with the values advocated by AALCO and United Nations 2030 Agenda for Sustainable Development. China has taken a proactive role in integrating the implementation of sustainable development goals with its own national development strategy, promoting rule of law infrastructure across the globe and sustainable development through collaboration of countries."

The Secretary for Justice, Ms Teresa Cheng, SC, who was elected the President of the 59th Annual Session of the AALCO, remarked that, "I would like to express my heartfelt gratitude to the Central People's Government for the support in hosting the Annual Session in the HKSAR. Attracting international organisations to hold decision-making conferences in Hong Kong undoubtedly strengthens our position as a centre for international legal and dispute resolution services in the Asia-Pacific Region."

Meetings of the AALCO member states' delegations will be conducted throughout the three days of the event where they will discuss important international law topics in the Asian-African regions including "Upholding International Law for a Community of Shared Future: the Role of Asian and African Countries" and "International Law in Cyberspace". A side event on dispute settlement will be held tomorrow. 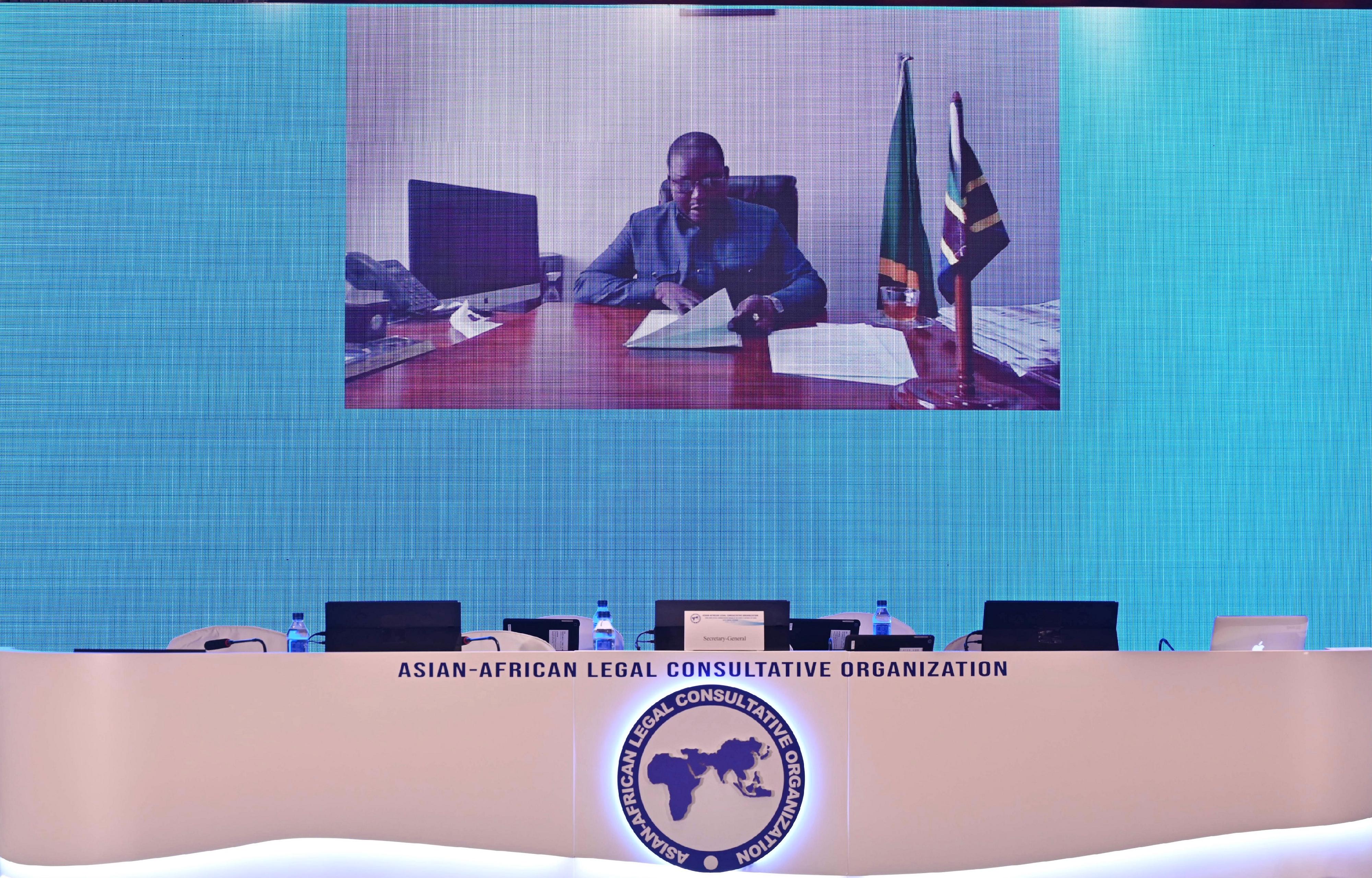 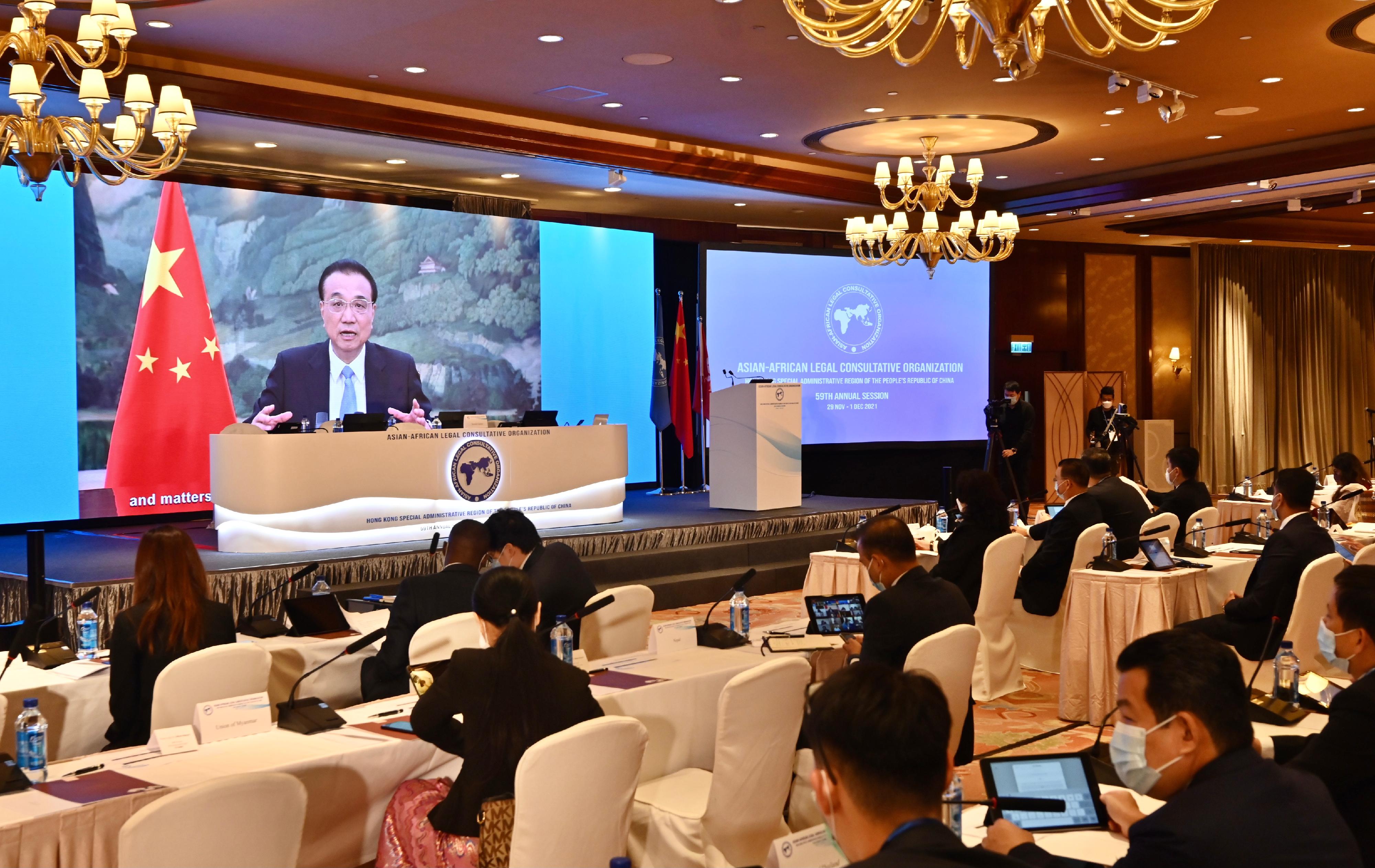 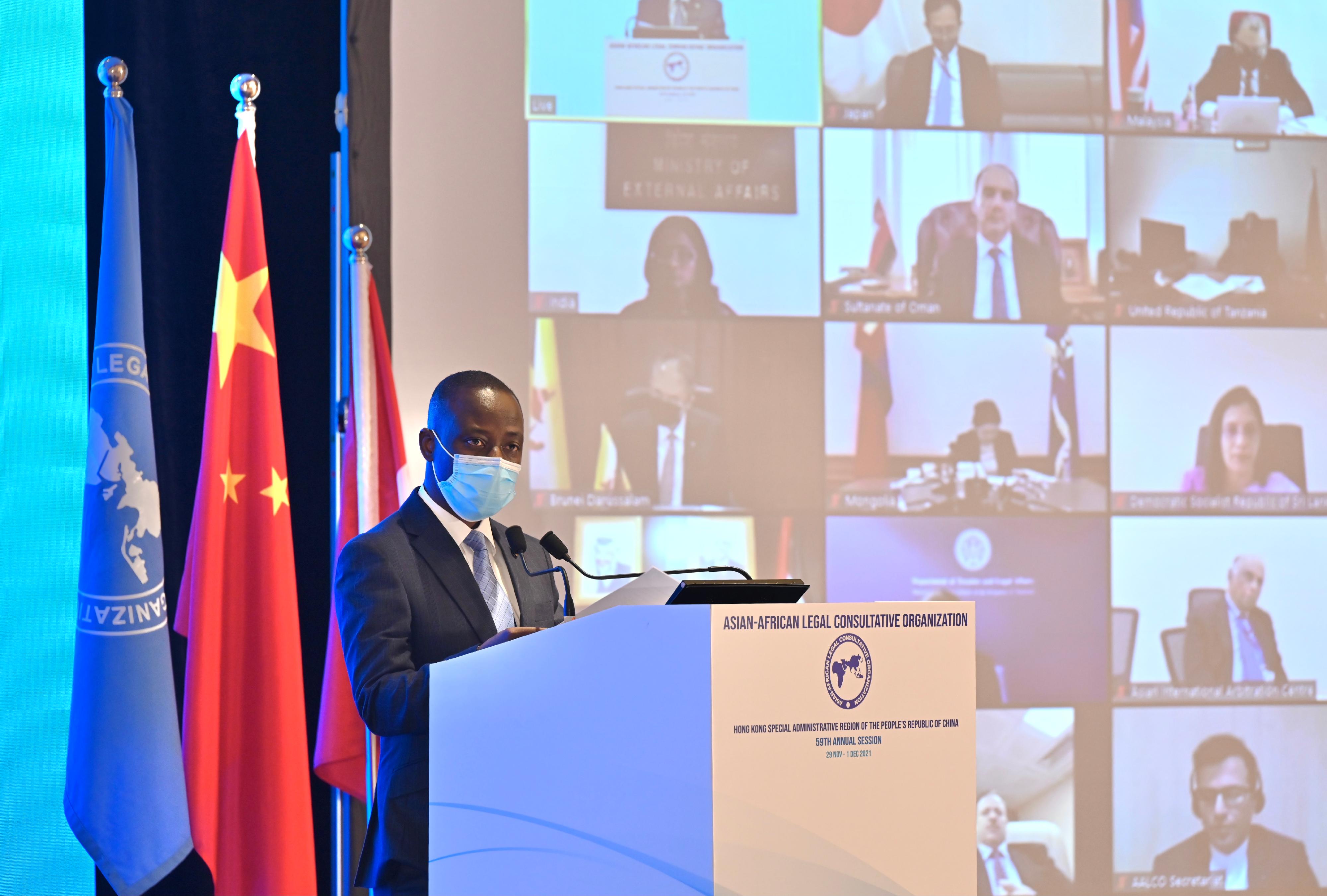 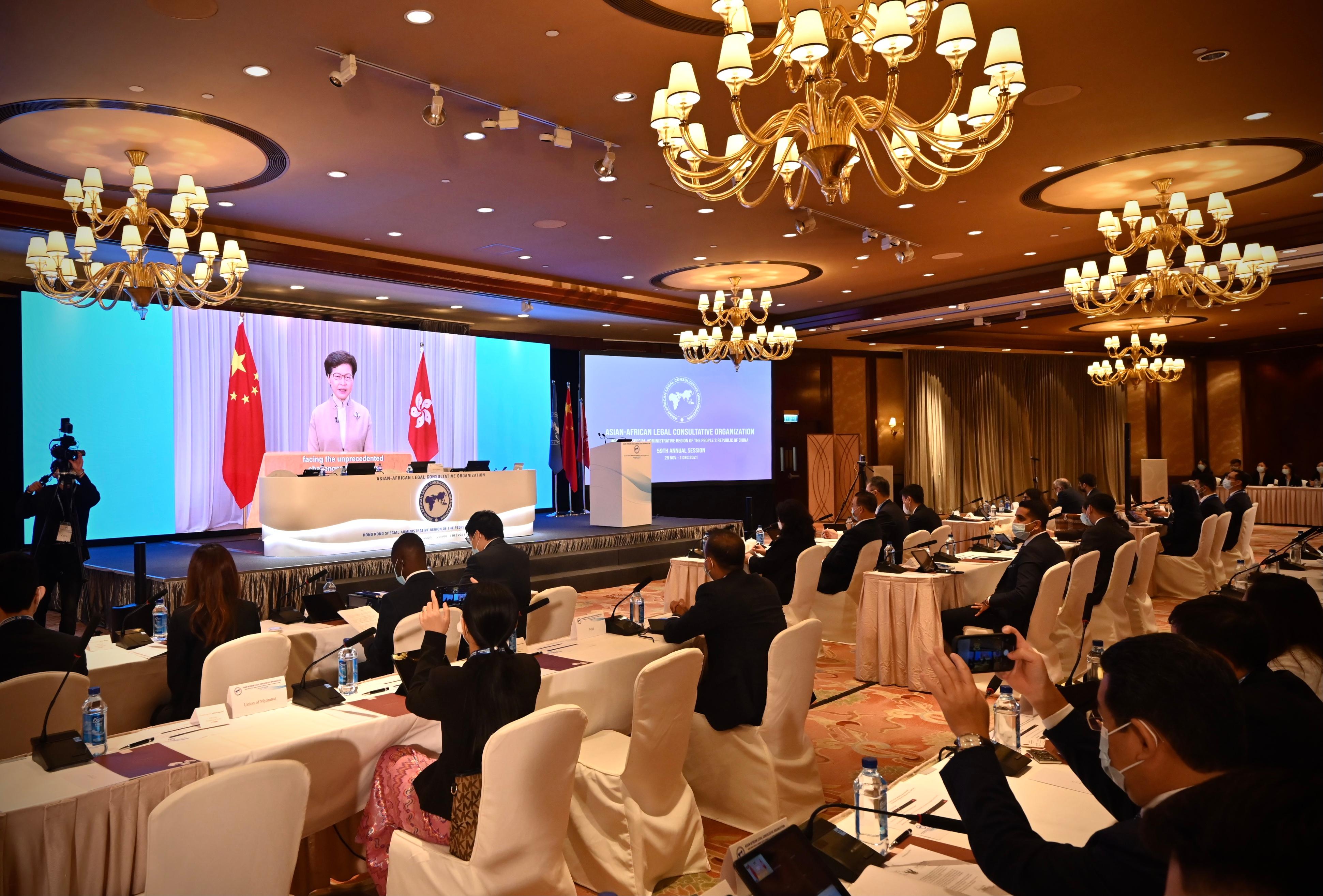 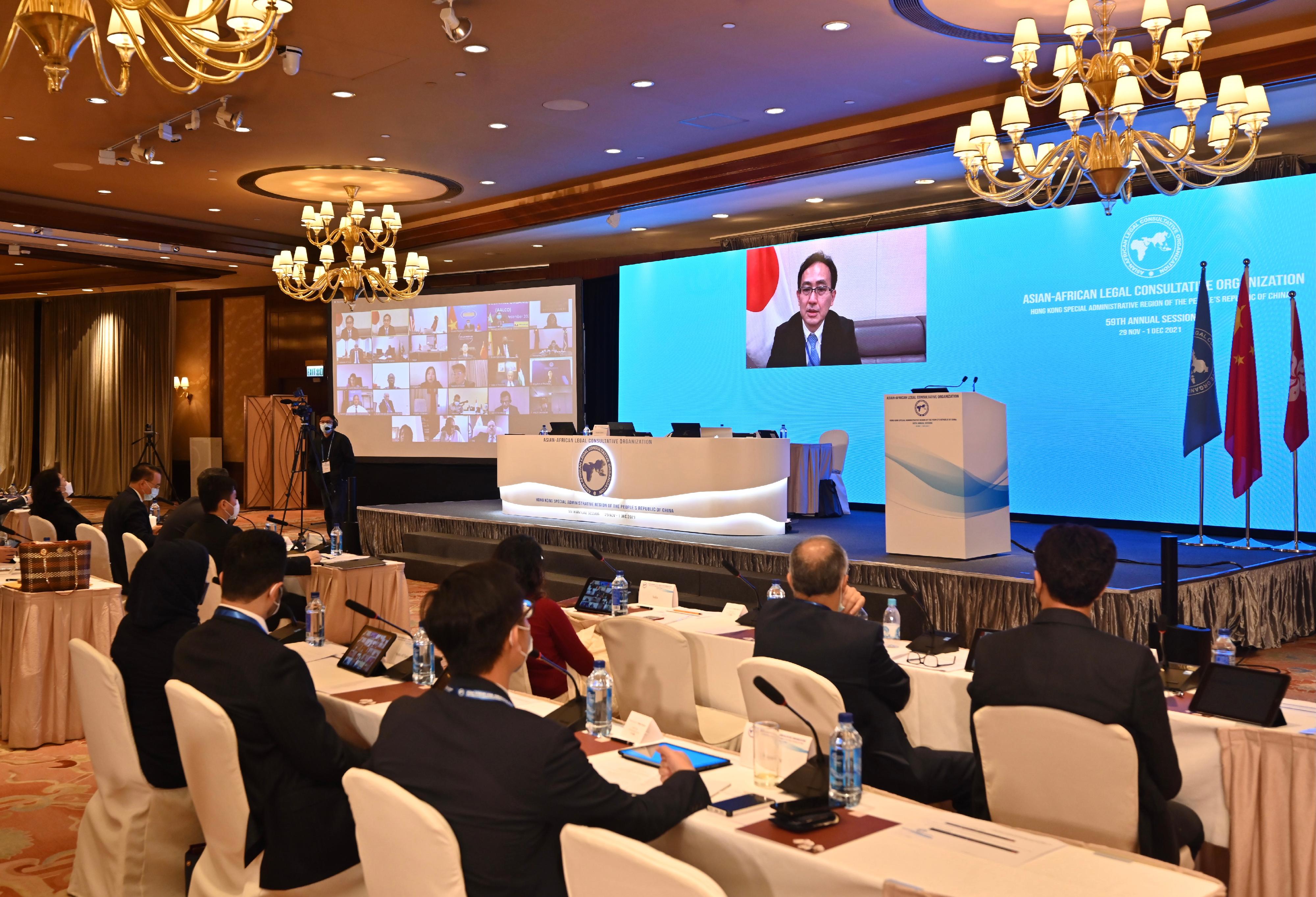 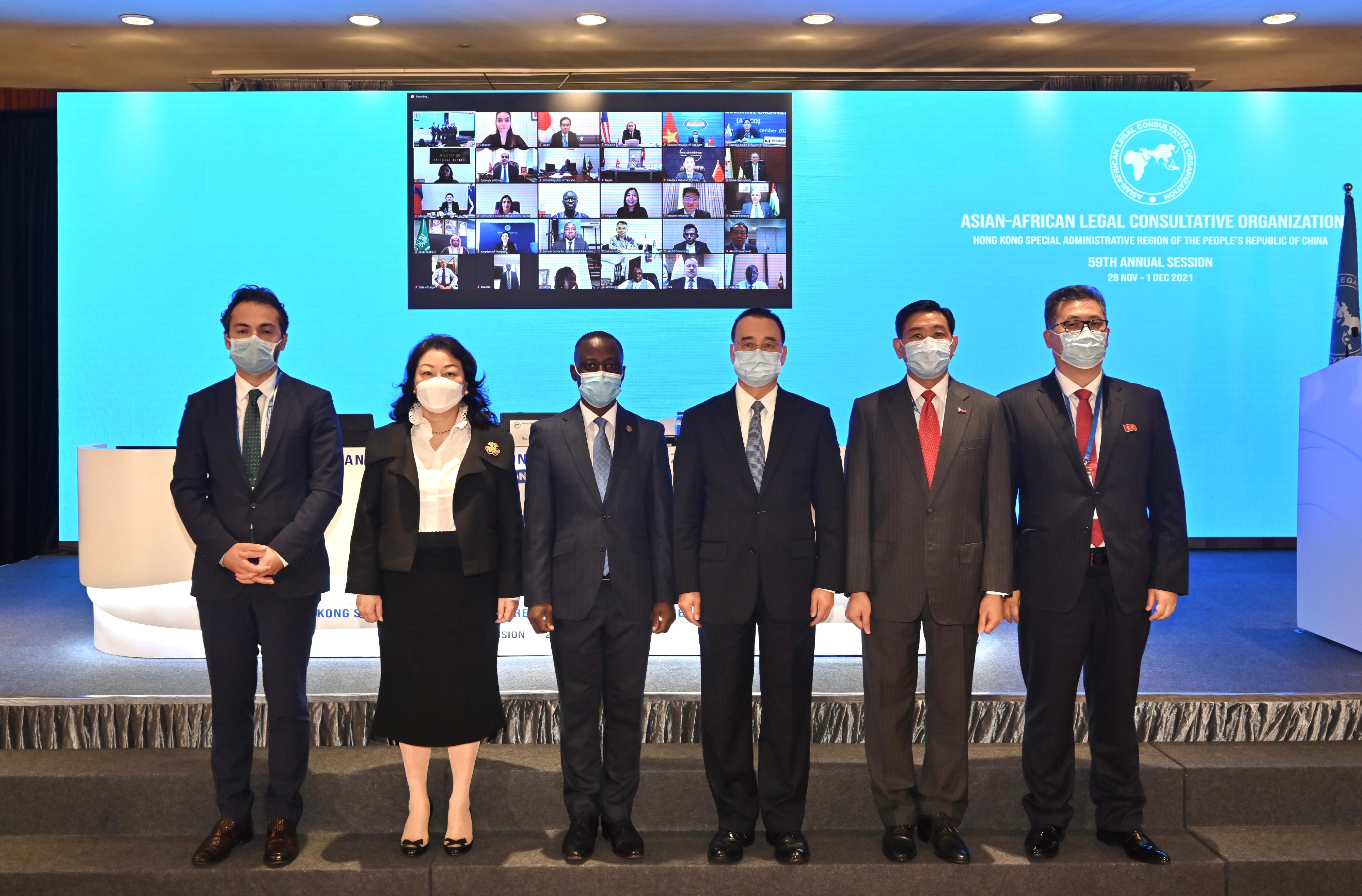 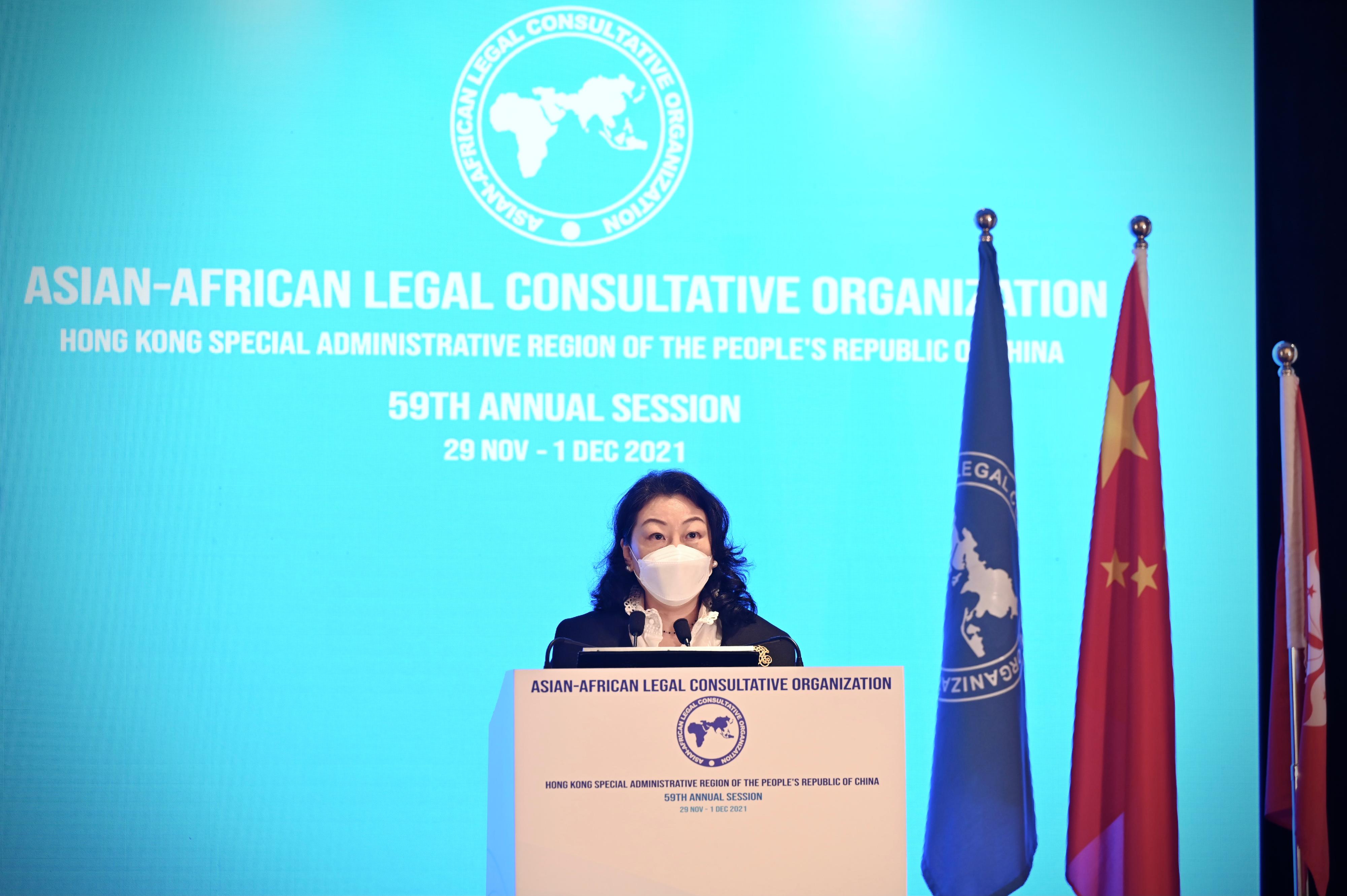