Following is the speech by the Chief Executive, Mrs Carrie Lam, at the PolyU 85th Anniversary Launch Ceremony today (November 25):

Good morning. It gives me great pleasure to join you today for the launch ceremony of PolyU's 85th anniversary. And I thank Tai-fai for giving me recognition and appreciation of my association and support for the Hong Kong PolyU over the years. But actually apart from the Homantin student hostel as well as the Hung Hom Bay Campus, my support for Hong Kong Polytechnic University dated back to the Hotel ICON, when the then president Professor Poon Chung-kwong insisted that the University should not pay land premium to the Government and he did succeed on that occasion with my support.

It seems like only yesterday that I attended the celebration dinner in December 2017 in honour of the university's 80th anniversary, celebrating just how far this proudly ambitious institution had come since its start as a Government trade school on Wan Chai's Wood Road. And now I marvel, once again, at how far this university has come, just four years later.

Indeed, PolyU today is now a global powerhouse in post-secondary education, rising to 66th place in this year's QS World University Rankings and 12th in the Times Higher Education Young University Rankings for 2021. Five PolyU disciplines take their place among the world's top 50 in the QS rankings. Equally impressive, more than 160 PolyU scholars were ranked among the top two per cent of the world's most-cited scientists, according to a Stanford University index covering more than 100 000 leading international scientists. Twenty PolyU scientists were ranked among the top 50 scholars in the world in their respective fields.

PolyU is known for its ground-breaking innovations. They include the world's first optical fibre sensing system for railway monitoring, as well as pioneering yarn technology that has revolutionised the global textile industry. And, since 2010, PolyU has been an important contributor to our nation's space programme. PolyU scientists have helped develop, among other things, the Surface Sampling and Packing System for China's first lunar sample return mission. And, earlier this year, Hong Kong swelled with pride at PolyU's contributions to the remarkable success of our nation's mission to Mars.

PolyU is clearly committed to excellence, to elevating its academic and research standards. You continue to attract gifted innovation and technology academics from around the world, now with the help of the Global STEM Professorship Scheme, which the Government launched in June. And I'm pleased to note that PolyU is collaborating with prominent global institutions in setting up research centres as part of two newly established research clusters, Air@InnoHK and Health@InnoHK, both at the Hong Kong Science Park. To support PolyU's aspirations in furthering research and development, as Tai-fai has mentioned, I have accepted the University's proposal to explore the use of its Hung Hom Bay Campus for academic and research development, which was mentioned in my 2021 Policy Address.

PolyU is also working with Science Park to nurture innovation and technology talent for the Guangdong–Hong Kong–Macao Greater Bay Area, and developing other initiatives to encourage young entrepreneurs and start-ups looking to the Greater Bay Area for their future. I fully support these initiatives, as we need a steady stream of scholars, scientists and technologists if we are to take full advantage of the unprecedented opportunities presented by the rapid rise of our country and the Greater Bay Area.

Indeed, my Government supports the continuing efforts of our universities in boosting their presence in the cities of the Greater Bay Area. In doing so, we will reinforce and expand the singular strengths of our higher-education sector. In this regard, I am pleased to note that PolyU is moving ahead with the preparatory work in the establishment of its Foshan campus. The new campus will, I am confident, spur innovation and entrepreneurship in Hong Kong and throughout the Greater Bay Area. As usual, as the Chief Executive of the Hong Kong Special Administrative Region, I stand ready to offer my support and assistance to PolyU.

Looking forward, I have no doubt that, with the commitment and dedication of the PolyU community, the university's future will give rise to many more marvellous years ahead. For that, my thanks to you all: the University Council and administration, the faculty, alumni, students and everyone else who has, over the past decades, helped in the creation and continuing elevation of this world-class institution we are so proud to be part of.

I wish the Hong Kong Polytechnic University a happy 85th anniversary, and a memorable celebration in the coming year. Thank you very much. 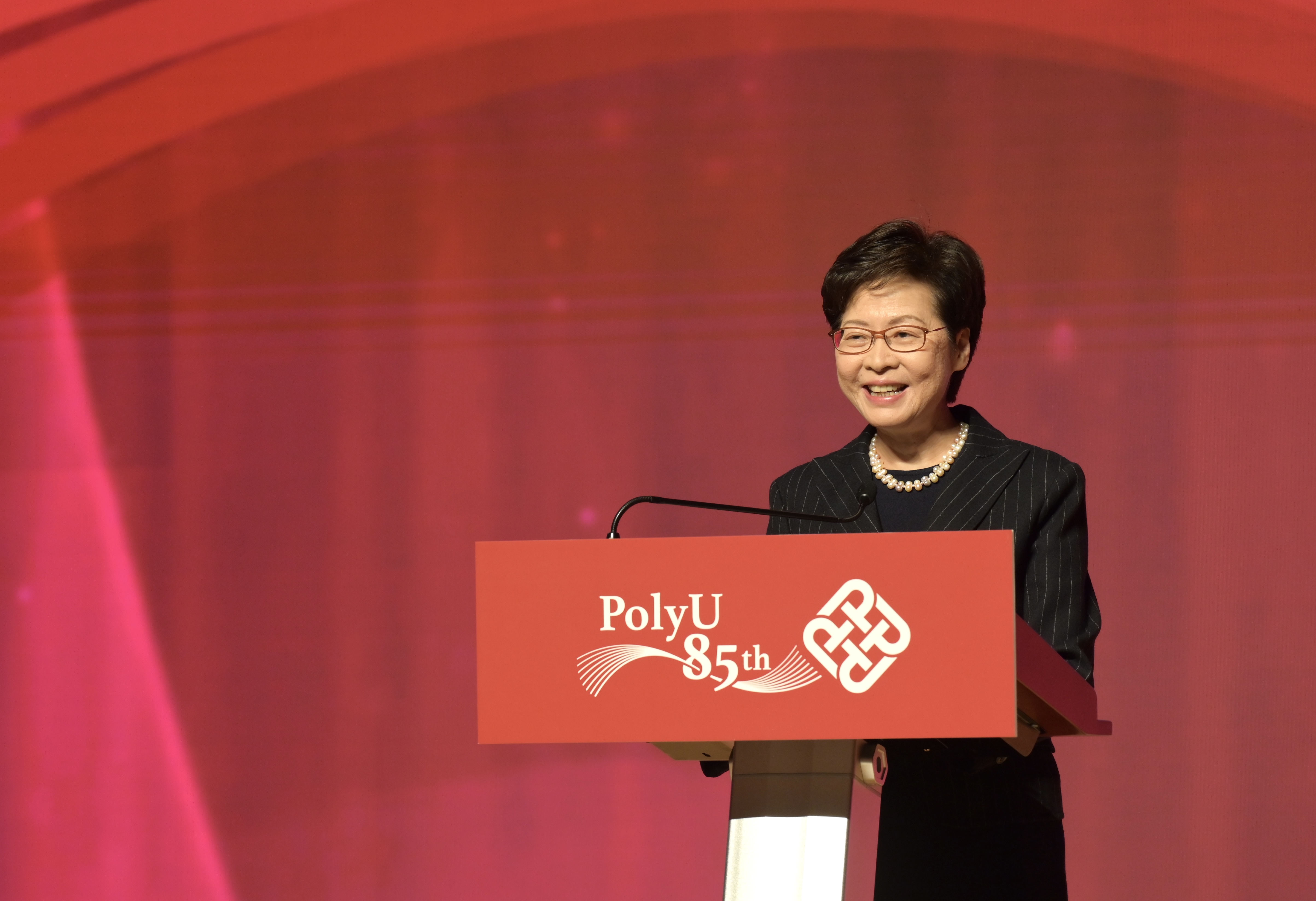 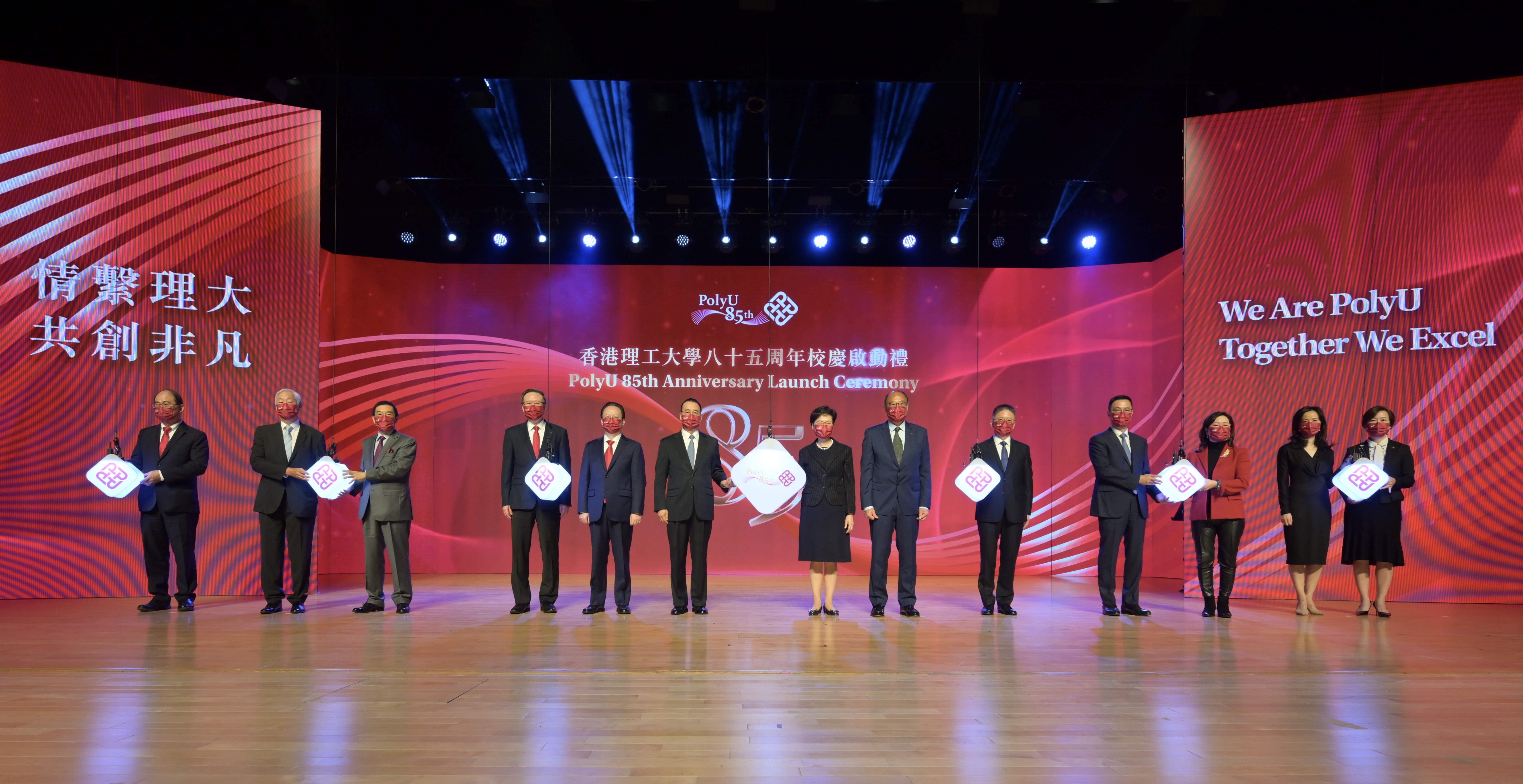