Apart from the Pak Tin Community Hall and Lai Kok Community Hall, the SSPDO assisted testing operators in setting up six additional mobile specimen stations in the district (including those at Tai Hang Tung Community Centre, Maple Street Playground, Cheung Sha Wan Playground, Cheung Sha Wan Sports Centre, Po On Road Playground and Lai Chi Kok Park entrance) and assigned staff to help maintain order and answer public enquiries, and divert the crowd to other less crowded mobile specimen stations when necessary. To facilitate the public in obtaining the latest information about the operation of the testing stations, the HAD has displayed relevant information on large TV screens and electronic screens at various locations with more passers-by in the district.

In addition, the SSPDO distributed over 15 000 COVID-19 rapid testing kits in Sham Shui Po district, including at schools, markets, shopping centres and locations that more people gather, for free in the hope of identifying infected persons early, so as to safeguard their health and that of their families, but stressed that rapid test kit testing is not a substitute for the Government's compulsory testing requirement.

The Government appeals for the co-operation of members of the public to safeguard the health of themselves and their families by undergoing testing on a voluntary basis and fight the virus together. The Government urges all individuals who are in doubt about their own health conditions, or individuals with infection risks (such as individuals who visited places with epidemic outbreaks or had contact with cases that tested positive), to undergo testing promptly for early identification of infected persons to reduce the transmission risks of COVID-19. 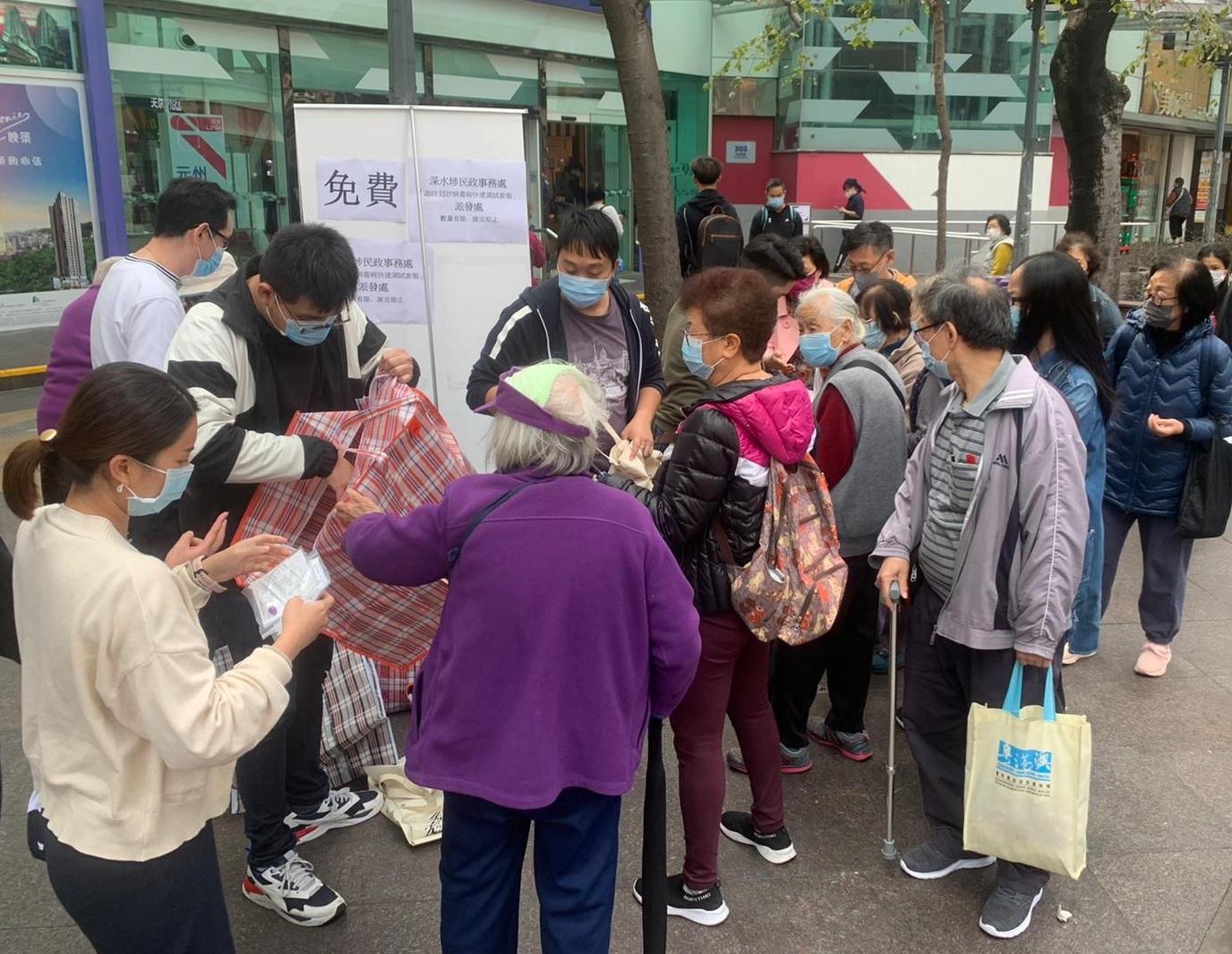