The Government yesterday (January 19) exercised the power under the Prevention and Control of Disease (Compulsory Testing for Certain Persons) Regulation (Cap. 599J) to make a "restriction-testing declaration" effective from 7pm yesterday, under which people (hereafter referred to as "persons subject to compulsory testing") within the specified "restricted area" in Kwai Chung (i.e. Yat Kwai House, Kwai Chung Estate) were required to stay in their premises and undergo compulsory testing. Persons subject to compulsory testing are required to stay in their premises until all such persons identified in the "restricted area" have undergone testing and the test results are mostly ascertained. In addition, the Government had issued a compulsory testing notice yesterday to any person who had been present at the building for more than two hours from January 6, 2022 to January 19, 2022, to undergo compulsory testing on or before January 21, 2022 even if they were not present in the "restricted area" at the time when the declaration took effect.

The Government set up temporary specimen collection stations in the "restricted area" yesterday and requested persons subject to compulsory testing to collect combined nasal and throat swab samples at the stations to undergo a COVID-19 virus test before 1am today. As at 1am today, 2 581 persons had undergone testing. A preliminary tested positive case was detected. Arrangement has been made for the person concerned and the relevant close contact to be hospitalized and sent to the quarantine centre for follow-up respectively. Test results of the other persons were negative.

In this exercise, the Housing Department, the Kwai Tsing District Office, the Hong Kong Police Force and the Tobacco and Alcohol Control Office of the Department of Health mobilised around 250 staff to arrange for implementation of the declaration and enforcement actions for breaches of the compulsory testing notice issued earlier.

The Housing Department set up a hotline for people restricted by the declaration to make enquiries and seek assistance.

The Government thanks persons subject to compulsory testing for their support and understanding. With everyone's co-operation and efforts, coupled with the tireless efforts of the testing contractors, residents have been informed about their testing results by SMS notification.

The Government reminded the 58 households who have not answered the door to contact the Government for arrangement of testing as soon as possible after reading the notices put up by the Government, in the hope of eliminating the possible risk of further spread of the virus in the community.

The Government thanks all participating government staff and the testing agencies for their hard work. The Government is also grateful to those subject to compulsory testing for their support and understanding, and their full co-operation during this period in undergoing testing and waiting for the results at home. 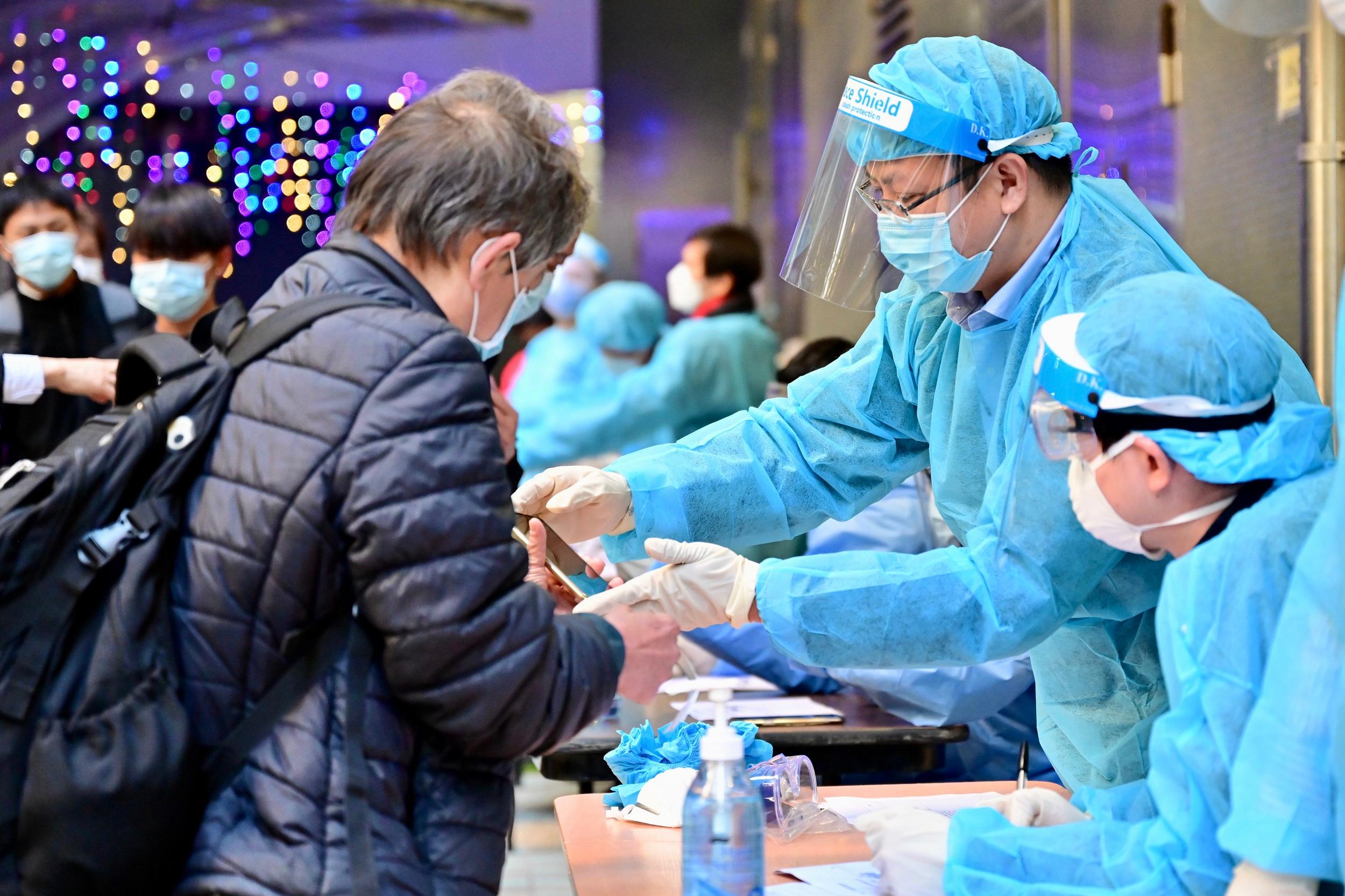