The Financial Services and the Treasury Bureau (FSTB) today (October 25) held a thematic sharing session at the Central Government Offices to foster a better understanding among Hong Kong Special Administrative Region Government officials as well as members of financial regulators and advisory bodies on the country's financial development strategy and regulatory mindset for the financial sector. The Vice Chairman of the China Securities Regulatory Commission (CSRC), Dr Fang Xinghai, was invited to introduce the recent measures to reform and open up the Mainland securities and futures markets as well as the future development direction via video conferencing during the sharing session.

Speaking at the sharing session, the Financial Secretary, Mr Paul Chan, said, "The development of Hong Kong's financial market is based on its unique advantages under 'one country, two systems' as well as the staunch support of our country. Through innovative policies and regimes, Hong Kong has been facilitating opening up and development of the Mainland's financial market. Mutual access between the financial markets of the Mainland and Hong Kong has been expanding and deepening continuously, thus strengthening Hong Kong's unique role as a bridge.

"The country will continue to deepen reform and two-way opening up at a higher level, and also develop towards a high-quality and sustainable economic model. To achieve this goal, it is necessary for the Mainland and Hong Kong to continue to carry out exploration and pursue innovation in various policies on the premise of proper management of potential risks."

Mr Chan also noted that the CSRC has implemented a series of measures in recent years that significantly raised the attractiveness and international influence of the Mainland's capital market, providing a decisive striving force for the country to build a high-level open economy. He expressed the hope that the sharing session would allow colleagues to think about how to make good use of Hong Kong's unique advantages from a higher perspective in order to contribute to the country and attain brilliant development for Hong Kong in the course of the country's financial development and opening up.

The Secretary for Financial Services and the Treasury, Mr Christopher Hui, chaired the sharing session today. He said, "At present, the Mainland's capital market has become the second largest market in the world. The total market value of A shares exceeds RMB80 trillion, and there are nearly 4 500 listed companies. The scales of commodity futures and bond markets also rank among the top globally. The market is gradually opening up to a greater extent."

Mr Hui stressed that Hong Kong will strengthen its role as an international financial centre and continue to facilitate the opening up of the country's financial services industry under the grand blueprints like the National 14th Five-Year Plan and the development of the Guangdong-Hong Kong-Macao Greater Bay Area. 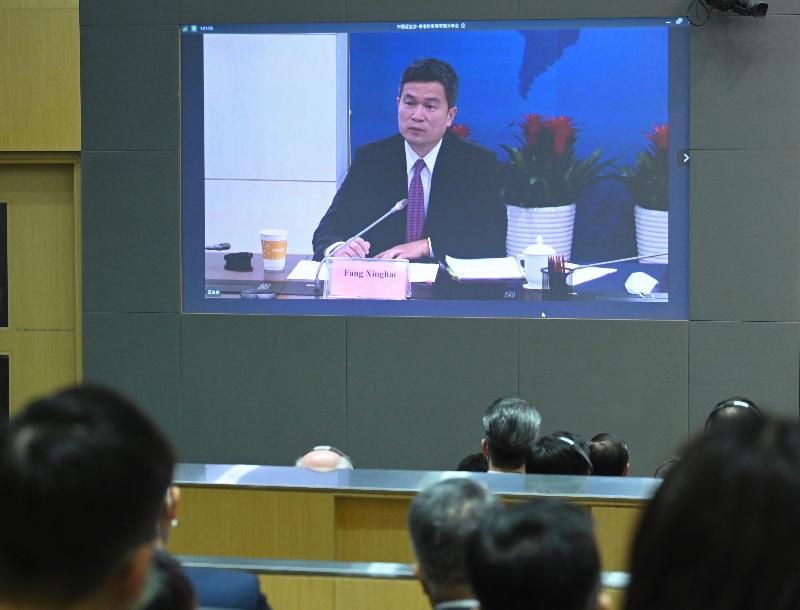 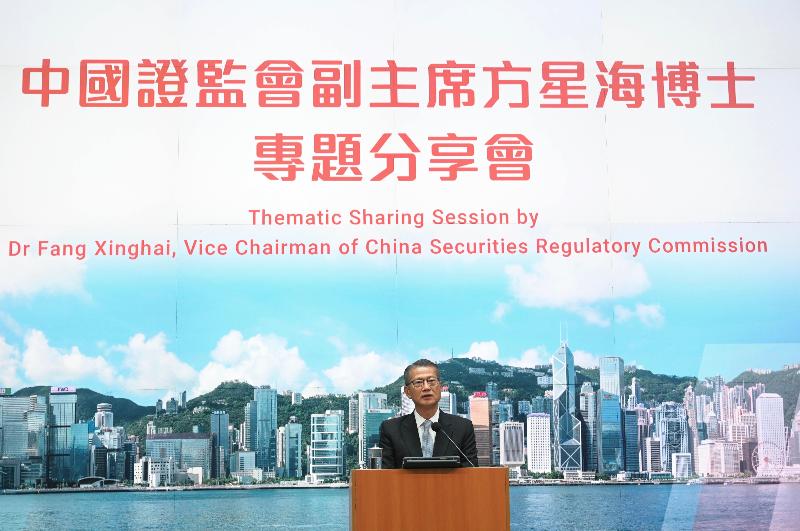 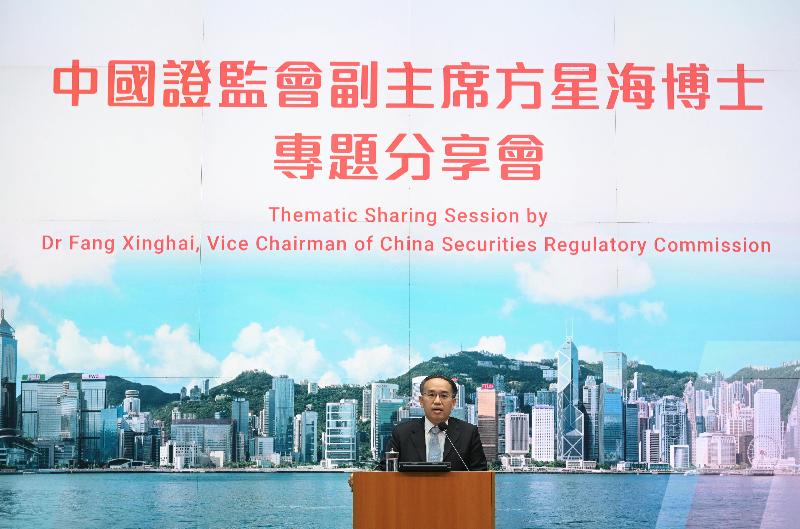 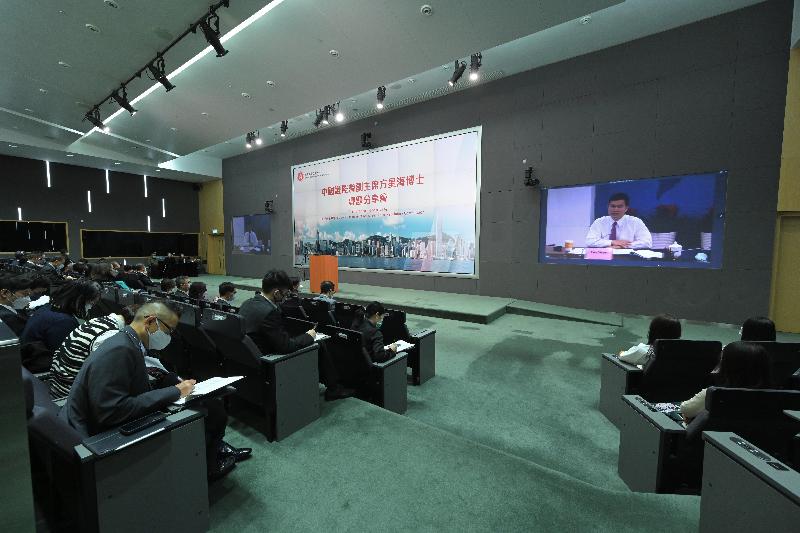