To combat the fifth wave of the epidemic, the Government has implemented the Community Isolation Facility (CIF) Hotel Scheme. The first CIF hotel will commence operation tomorrow (February 18), providing accommodation to isolate people who test positive for COVID-19 but have no or mild symptoms.

With a view to supporting the anti-epidemic work, the Security Bureau (SB) has set up an anti-epidemic task force responsible for the preparation and management of the CIFs and hotels, and assisting the admission arrangement of confirmed patients to hospitals or CIFs. Former Director of Fire Services, Mr Li Kin-yat, has been appointed as the officer-in-charge of the task force.

Mr Tang said that the SB has recruited some 1 000 retirees of various disciplinary forces to participate in relevant work. They will be deployed to various CIFs or hotels to assist the operation and management of the facilities. All personnel will receive relevant training and be equipped with sufficient protective gears.

Mr Tang also expressed his gratitude to the hotels participating in the scheme for supporting the anti-epidemic work, hoping that the Government and the hotel sector, with concerted efforts, can join hands in riding out the fifth wave of the epidemic.

The Government has already secured about 4 400 hotel rooms earlier. Amongst the hotels, four hotels, namely Dorsett Tsuen Wan, Hong Kong, iclub Ma Tau Wai Hotel, iclub Fortress Hill Hotel and Regal Oriental Hotel, will turn into CIFs by this week. The Government will maintain close liaison and co-operation with the participating hotels to ensure the transfer of people thereto, their isolation in the designated hotel rooms and subsequent discharge in an orderly manner. 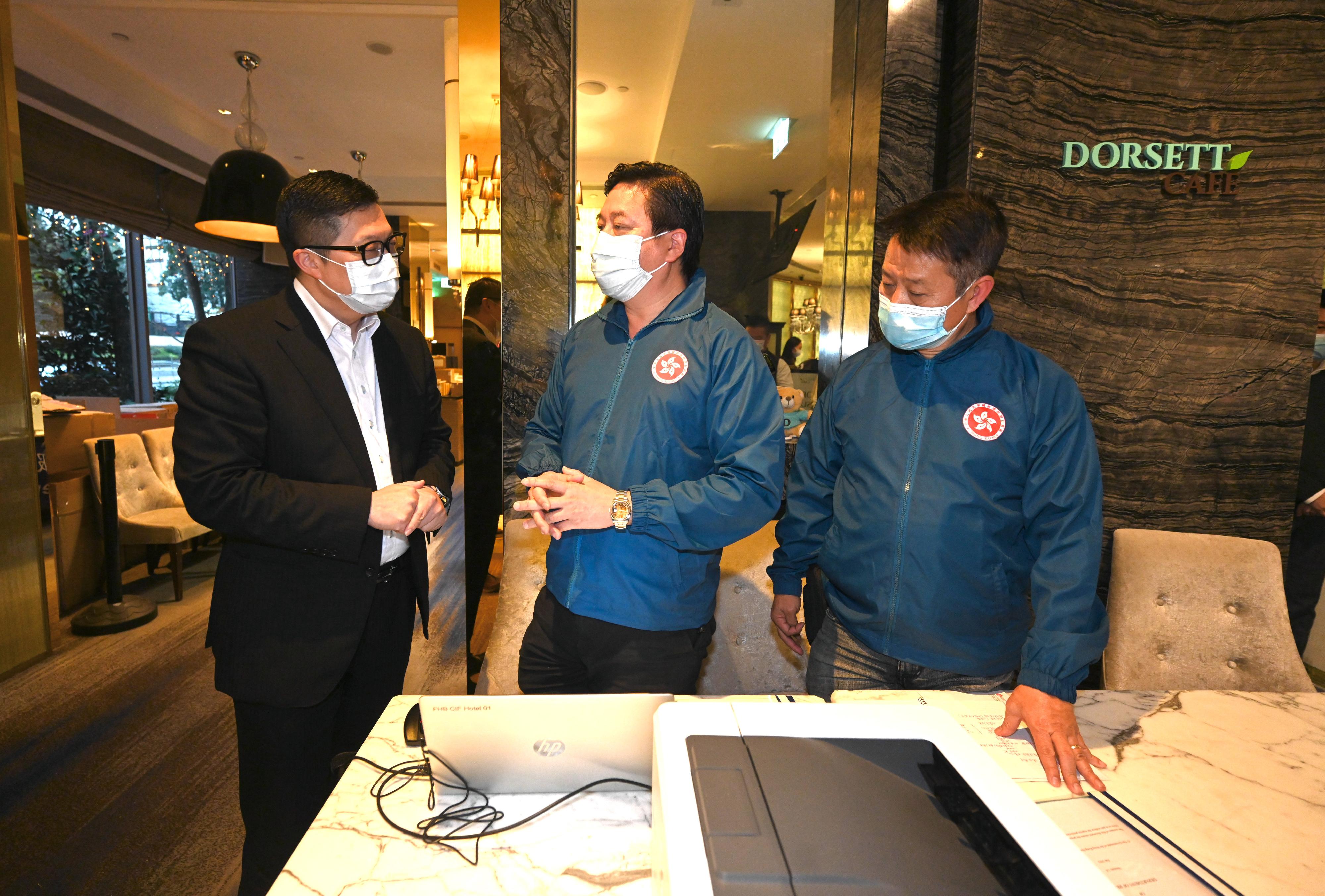 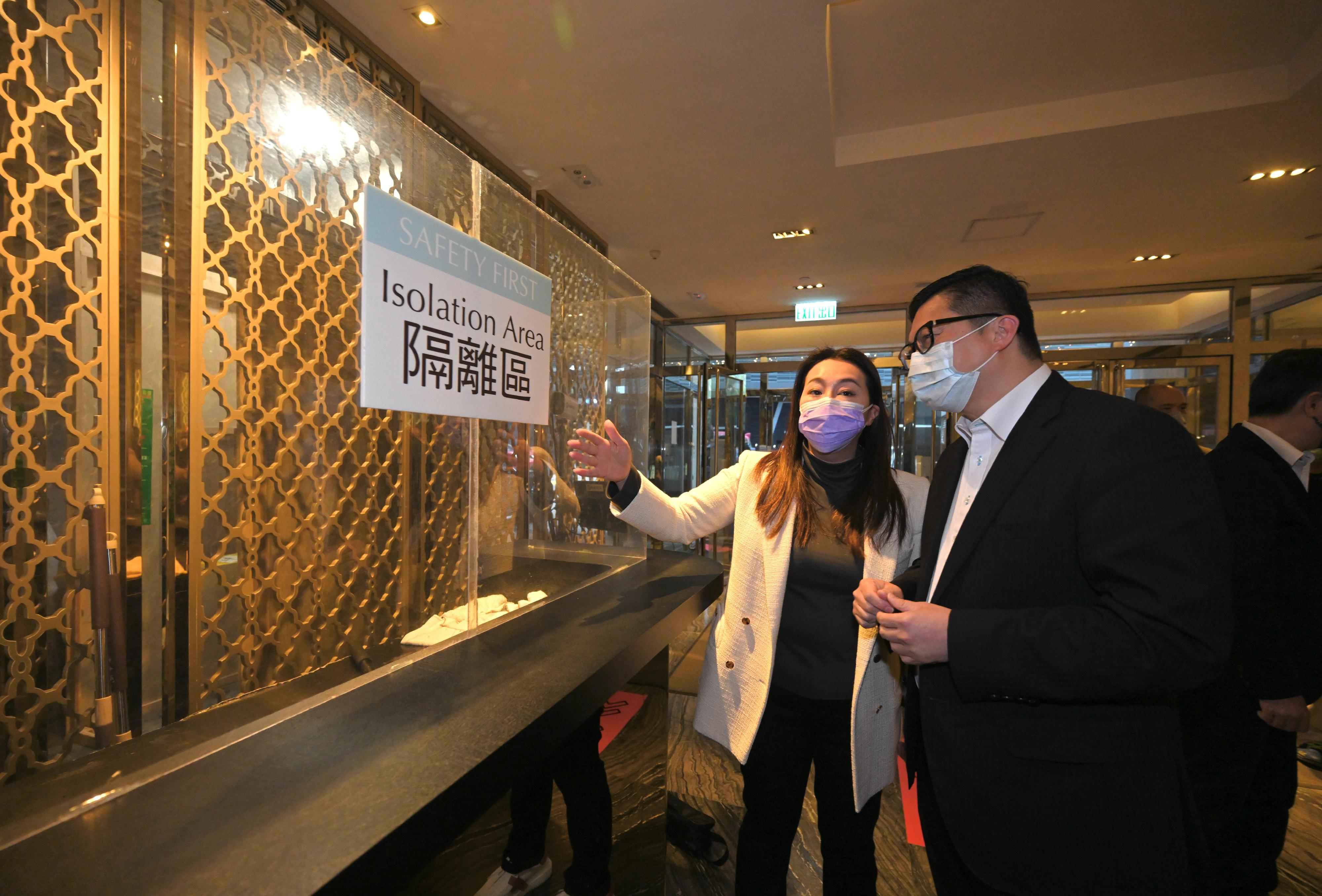 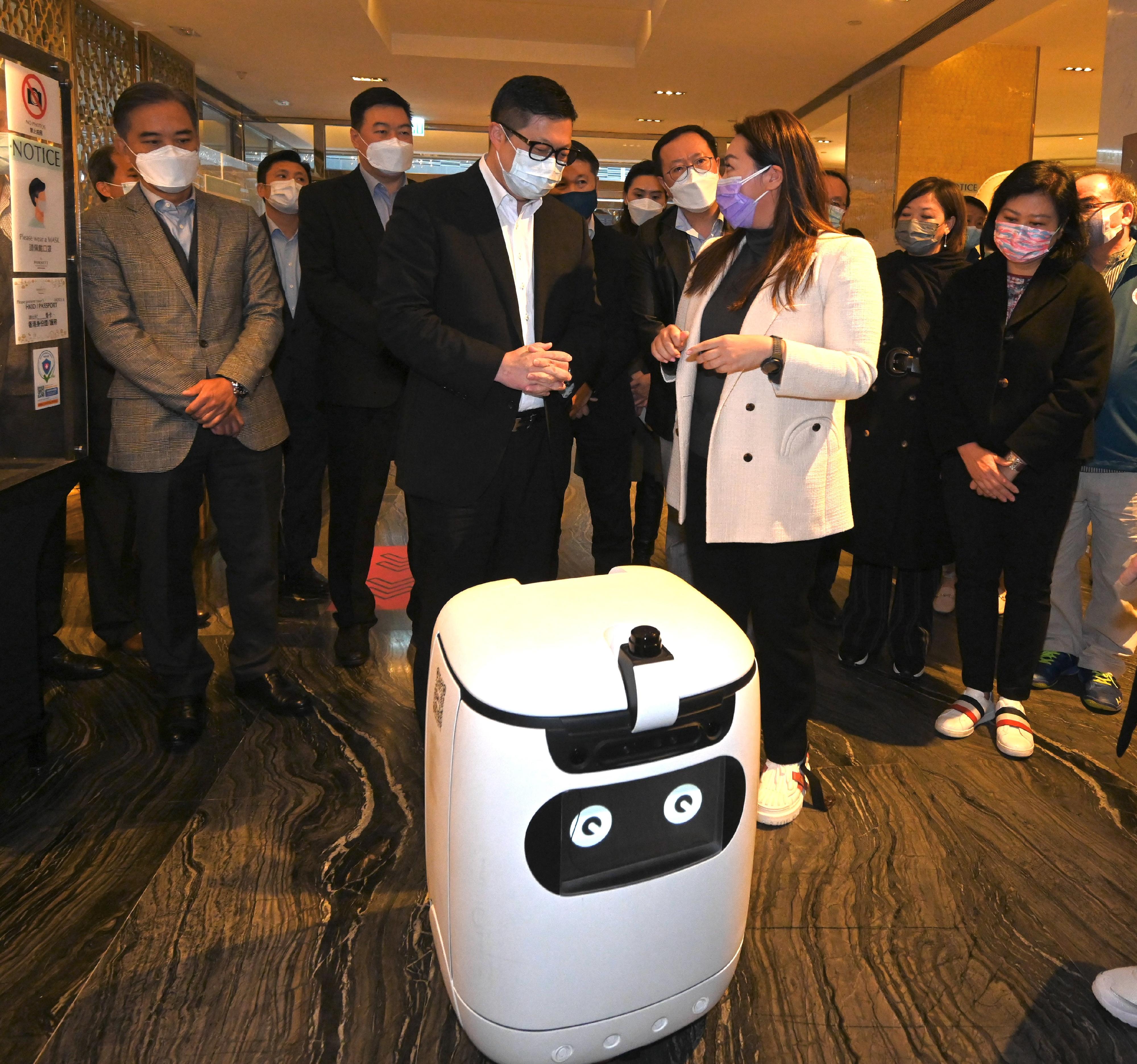