The Chief Executive, Mrs Carrie Lam, together with the Chief Secretary for Administration, Mr John Lee, and the Secretary for Transport and Housing, Mr Frank Chan Fan, visited Kwai Chung Estate this afternoon (January 23) to inspect the COVID-19 "restriction-testing declaration" and compulsory testing notice operations and learn about the services provided by staff on-site to the residents affected.

Mrs Lam, together with the other officials, received a briefing from an officer of the Housing Department on the operations over these two days and the latest situation, including the testing workflow for residents, delivery of meals and daily necessities, and environmental hygiene related arrangements. She also received a briefing by colleagues of the Department of Health on enhancing the anti-epidemic awareness among colleagues on duty and inspected the deployment of the Police.

The large-scale and days-long operations in Kwai Chung Estate aim to identify infection cases therein as early as possible to cut the transmission chain. As at noon today, a total of over 170 confirmed or preliminary positive cases from seven buildings were found.  These results are testimony to the effectiveness and necessity of the operations.

Mrs Lam expressed her heartfelt gratitude to the residents of Kwai Chung Estate for their co-operation in the "restriction-testing declaration" and compulsory testing notice operations and appealed for their understanding that the operations are necessary. The Government will closely monitor the situation and deploy additional manpower to reduce the inconvenience and anxiety caused to the residents. The "restriction-testing declaration" and compulsory testing notice operations are large in scale. Thus far, the Government has mobilised more than 1 800 staff members from over ten government departments, in addition to the Housing Department, to join the operations; and arranged six testing service providers to set up ten mobile specimen collection stations to cope with the testing demand in the Estate. Mrs Lam said that she is grateful to the various government departments and testing service providers for joining hands to form an anti-epidemic team within a short period of time to carry out different tasks to fight the virus together.

"The highly transmissible Omicron variant, ravaging all over the world, has caused a dramatic change to the local epidemic situation. While the Government is doing its best to deal with the virus, the co-operation and support of members of the public has been key to Hong Kong's success in fighting the epidemic over the past two years. I appeal to the residents of Kwai Chung Estate who are subject to the 'restriction-testing declaration' and compulsory testing notice to undergo testing in an orderly manner in the coming few days to curb the virus," Mrs Lam said.  "Furthermore, I appeal to members of the public and pertinent premises for strictly adhering to the various social distancing measures. Members of the public should also reduce going-out and avoid gatherings. Those with an infection risk suspected should undergo nucleic acid testing as soon as possible to prevent the virus from spreading further. Most importantly, members of the public yet to receive any COVID-19 vaccine or eligible to receive a third dose should get vaccinated as soon as possible to protect themselves as well as the community." 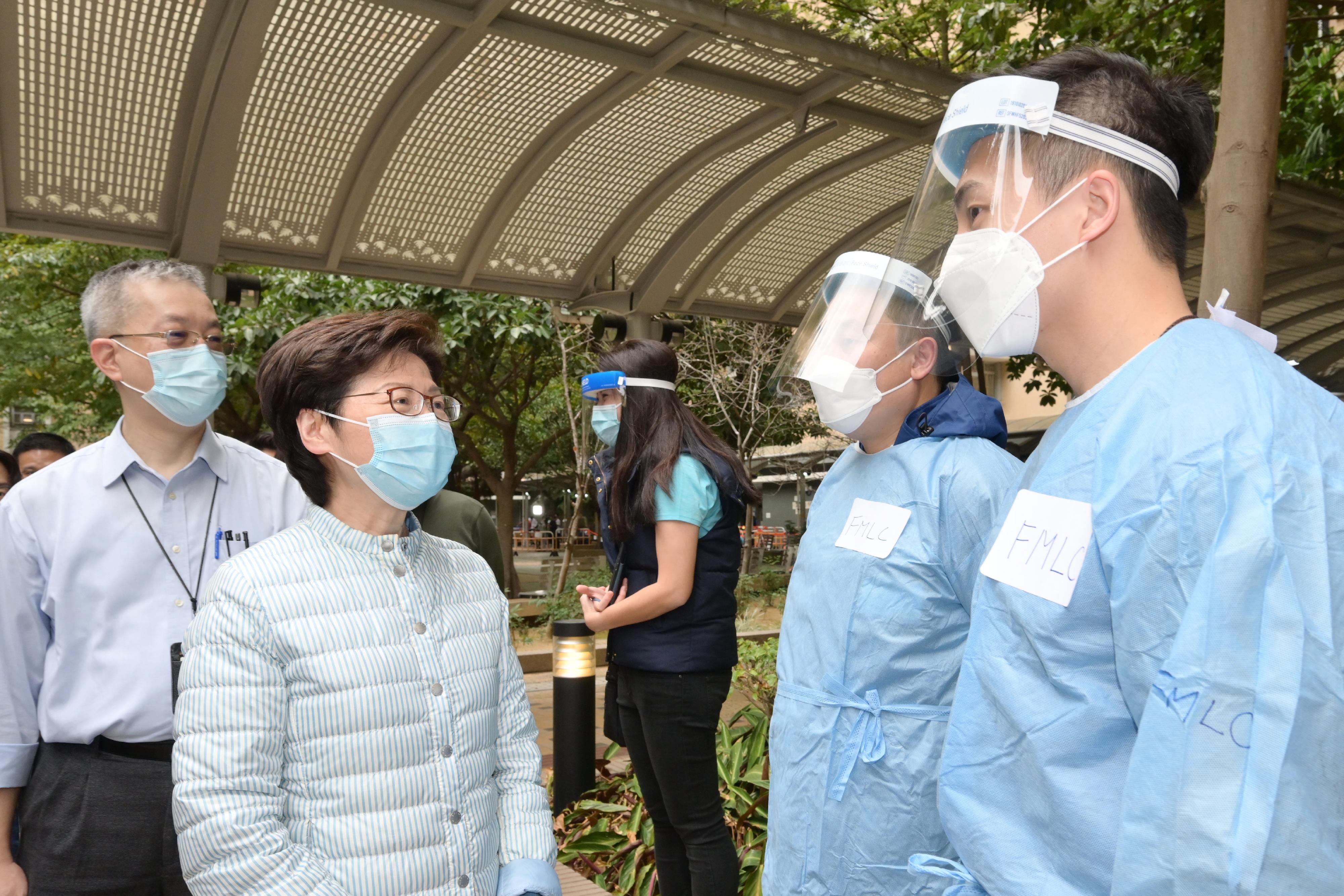