Since its establishment in 1973, the FCC has been shouldering the responsibility of planning and guiding the fight against crime. It provides advice and recommends measures to prevent and reduce crime, as well as co-ordinates and monitors the effectiveness of crime-fighting efforts.

Mrs Lam said, "The FCC is an important partner of the Government. I served as the chairperson of the FCC in my capacity as the Chief Secretary for Administration (CS) under the previous term of Government, and had worked very closely with the FCC in maintaining the law and order of Hong Kong. It is my pleasure to personally chair the last FCC meeting of this term of Government as the CE today. As professional as always, members have discussed and reviewed the measures to prevent and reduce crimes; and provided practical observations and suggestions."

At the meeting, members were briefed on the following issues:

(i) The law and order situation of Hong Kong in the first quarter of 2022 remained stable. There were a total of 13 866 crimes recorded, a decrease of 6.2 per cent when compared with the same period of 2021, and a decrease of 10 per cent in violent crime was recorded. The detection rate was 29.2 per cent. Overall crimes registered a decrease, mainly due to the drop of various major crimes, including robbery, burglary, wounding and serious assault, criminal intimidation, criminal damage, theft and serious drug offences, etc. However, increases were registered for crimes including homicide, deception and blackmail cases. The FCC supported the Police to continue their efforts in combating various crimes through devoting resources for publicity and education, adopting a multi-agency approach and stepping up intelligence-led enforcement operations, especially against online deception cases and youngsters committing criminal offences;

(ii) The total number of reported drug abusers, young drug abusers and young people arrested for drug offences in 2021 had increased. The FCC noted that more people (especially youngsters) were reported to have abused cocaine and cannabis. They expressed concerns about the increase in the number of persons arrested for drug offences in 2021 by 20 per cent (from 3 849 persons to 4 634 persons) when compared with that in 2020. During the same period, the number of young arrestees aged under 21 for serious drug offences increased by 37 per cent (from 339 persons to 465 persons). The FCC was of the view that although the overall drug abuse and drug situation in Hong Kong was generally under control, the community needed to stay vigilant, especially in drug offences involving young people;

(iii) The Correctional Services Department (CSD) would continue to organise various public education activities and publicity campaigns in 2022-23 to appeal for public acceptance of and community support for rehabilitated offenders, apart from helping the prevention of crime and educating the public on the operation of the Hong Kong criminal justice system. The FCC supported the CSD's efforts in the rehabilitation of offenders, and members were pleased to note that these activities had received positive response from the community; and

(iv) To strengthen the co-operation with local organisations in the prevention and reduction of crime, the FCC would continue to provide funding to the District Fight Crime Committees (DFCCs) in organising different fight crime publicity activities in 2022-23, with a view to complementing the territory-wide anti-crime publicity campaign in disseminating fight crime messages to various sectors in the community.

Mrs Lam further said, "I would like to thank the FCC and DFCCs for their valuable advice and suggestions to the law enforcement agencies over the years in maintaining the stability and prosperity of Hong Kong. I am confident that with our concerted efforts, Hong Kong would continue to be one of the safest cities in the world."

The CS is the chairperson of the FCC. As the post of the CS has been left vacant, the meeting today was chaired by the CE. 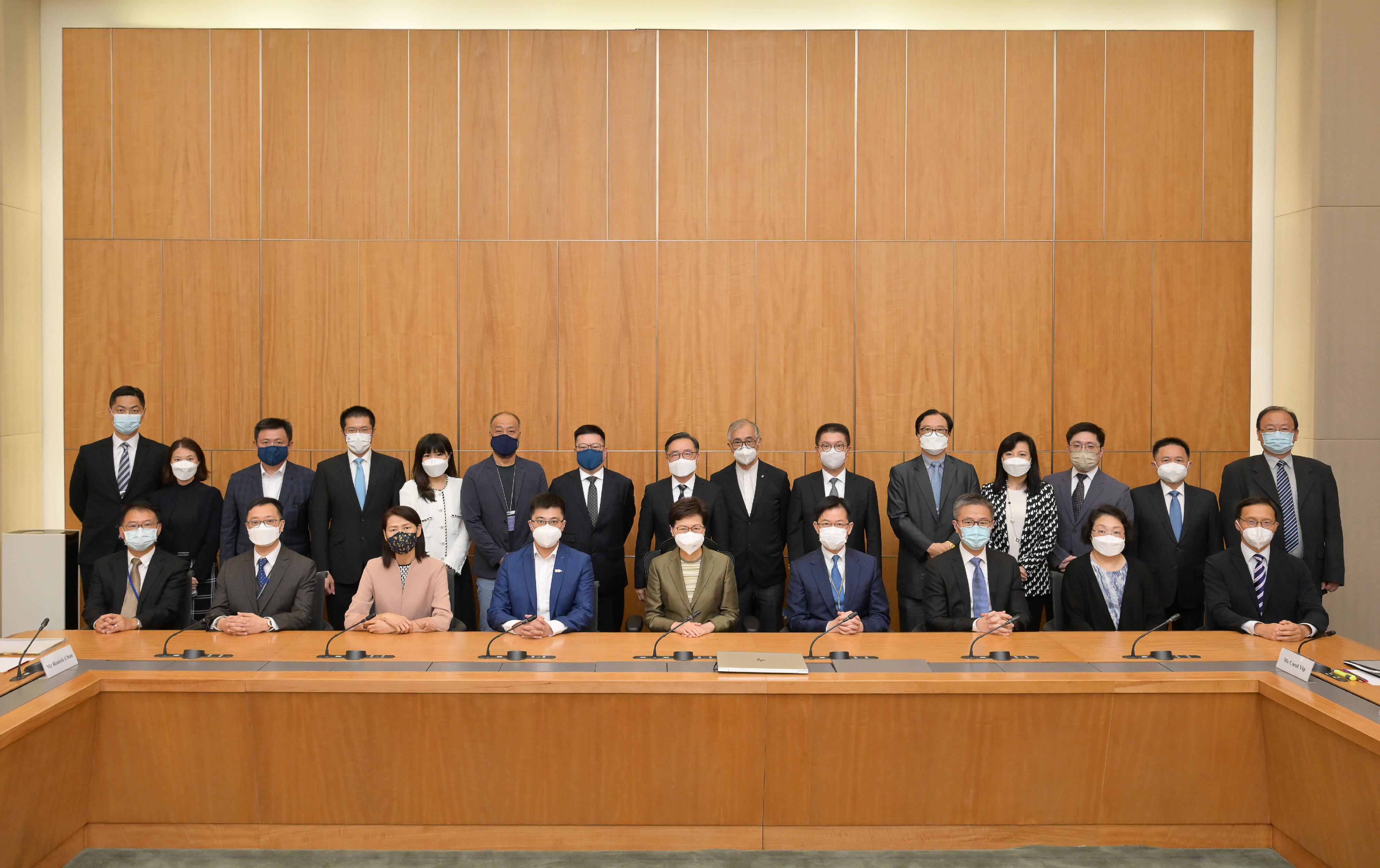