AFCD staff conducted inspections in Central and Western District on January 20 and found a shop suspected of possessing scheduled elephant ivory for commercial purposes. The shop was suspected of selling elephant ivory products that have been banned from the local trade as well as selling alleged antique elephant ivory without providing any proof. The AFCD has seized the items for further investigation.

A spokesman for the AFCD said, "The Government is committed to the protection of endangered species, including elephants. The Protection of Endangered Species of Animals and Plants (Amendment) Ordinance 2018 has been fully implemented since December 31, 2021, such that import, re-export and commercial possession of elephant ivory (except for 'antique elephant ivory') have been banned. The AFCD has stepped up inspection efforts, and will remain in close contact with the Customs and Excise Department and relevant government departments to combat smuggling and illegal trade of ivory."

According to the Protection of Endangered Species of Animals and Plants Ordinance (Cap. 586) (the Ordinance), "commercial purposes" means:
(1) a purpose relating to trade or business; or
(2) a purpose of obtaining profit or other economic benefit (whether in cash or in kind) and directed towards sale, resale, exchange, provision of a service or other form of economic use or benefit, whether direct or indirect.

According to the Ordinance, "antique elephant ivory" means:
(1) a piece of elephant ivory that was, before July 1, 1925:
(i) removed from the wild;
(ii) significantly altered from its natural state for jewellery, adornment, art, utility or musical instruments; and
(iii) acquired by a person after the alteration in such altered state that required no further carving, crafting or processing to effect its purpose; and

(2) does not include an elephant hunting trophy.

Any person importing, re-exporting or possessing elephant ivory not in accordance with the Ordinance will be liable to a maximum fine of $10 million and imprisonment for 10 years upon conviction. The specimens will also be forfeited. 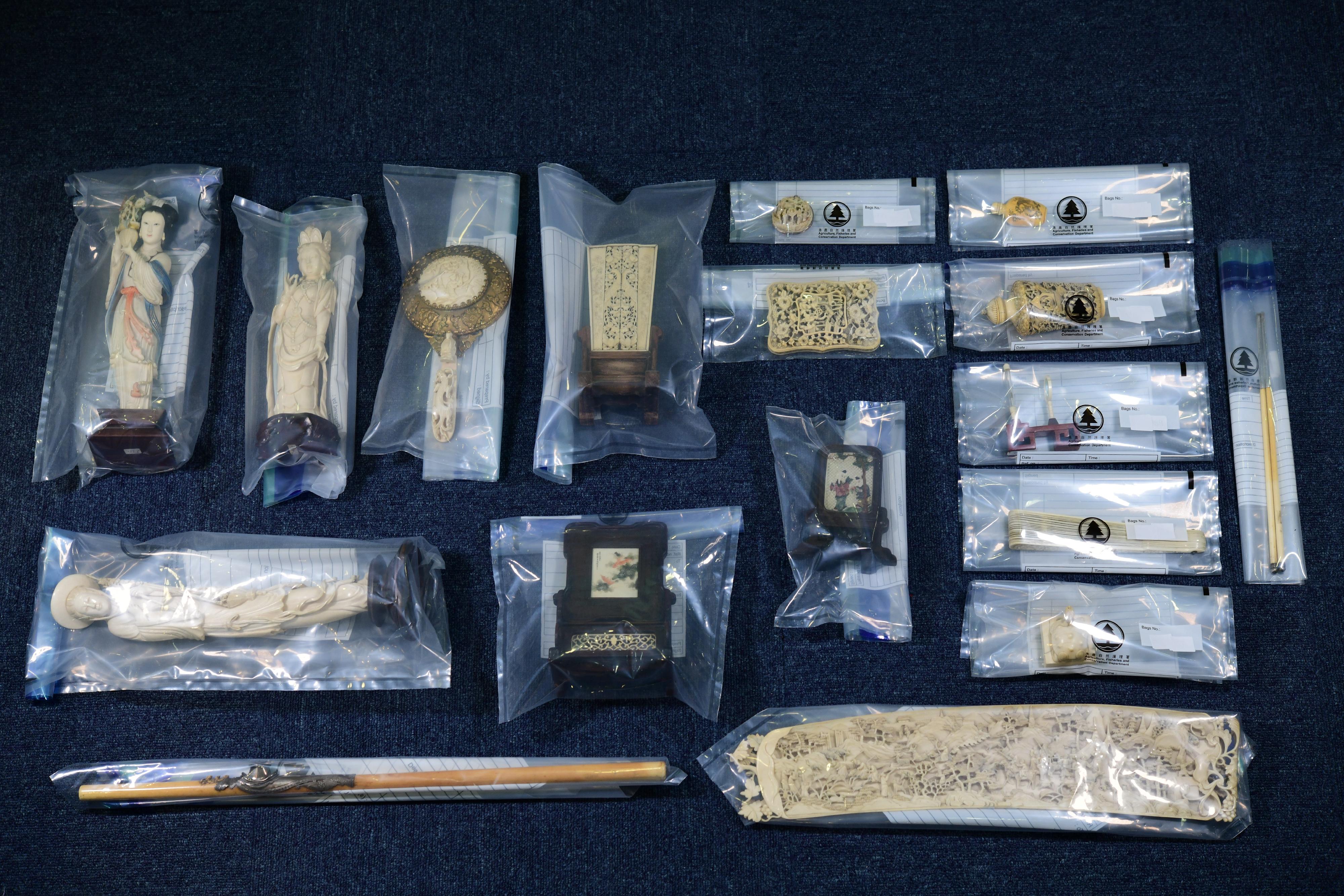