There’s only one month to go until the way vehicle tax is calculated will change.

As the changes will only affect new cars and some motorhomes, we thought we’d have a look to see which areas registered the highest number of new vehicles last year. 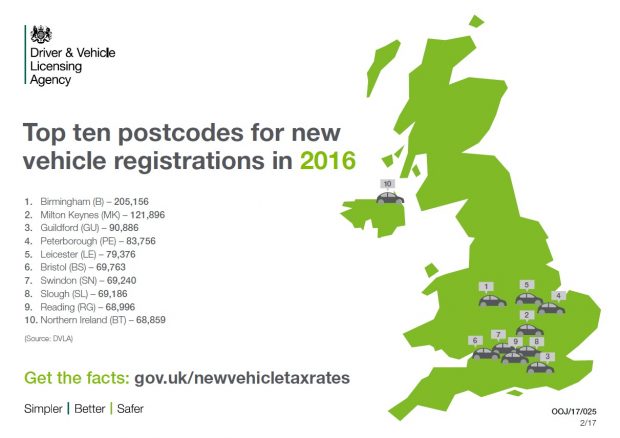 The Birmingham postcode area was busiest buying new vehicles, with over 200,000 being registered.

Birmingham was followed by Milton Keynes and Guildford.

Not everybody will be affected by the changes immediately. The changes only apply to brand new cars and some motorhomes registered with DVLA on or after 1 April 2017. But we still wanted to make sure that everyone is aware at the same time, so we’ve been blogging regularly to let you know what DVLA’s been doing to get ready for the changes. We’ve been busy in other ways too, including:

The changes take effect from 1 April 2017, so make sure you have a look at the new vehicle tax rates to see if they affect you.