The Food and Environmental Hygiene Department (FEHD) together with the Office of the Government Chief Information Officer hosted a webinar on August 8 afternoon to brief the catering businesses on implementing the Red Code and Amber Code arrangements by premises subject to "active checking" of Vaccine Pass.

The Government announced the addition of the Red Code and Amber Code in the Vaccine Pass to differentiate persons with higher risk of COVID-19 infection. Starting from August 9:

A spokesman for the FEHD pointed out that there will be a grace period of 14 days after the new measure takes effect to allow the operators/persons-in-charge of catering premises and other premises subject to "active checking" of Vaccine Pass to get prepared, including to update their QR Code Verification Scanner mobile app to the latest version (version 4.4.0 or above) as soon as possible before August 12; and ensure that no later than August 23, their mobile devices with the QR Code Verification Scanner could be connected with the internet (through WiFi or data card) when the premises are opened for business.

After the grace period (i.e. the 15th days after the new measure takes effect), the operators/persons-in-charge of catering premises and other premises subject to "active checking" of the Vaccine Pass must refuse entry of the persons with Red Code or Amber Code. If the operators/persons-in-charge of the premises contravene the requirements and directions of the Prevention and Control of Disease (Requirements and Directions) (Business and Premises) Regulation (Cap. 599F), he or she is liable to be prosecuted and, upon conviction, to a maximum fine of $50,000 and imprisonment for six months.

The spokesman urges premises operators and members of the public to strictly comply with the relevant regulations, adding that the department will take enforcement actions on the new arrangements after the grace period.

The footage of the webinar has been uploaded onto the FEHD's webpage for reference by the trade and the public (www.fehd.gov.hk/english/events/covid19/vaccine_pass_webinar.html). Apart from the webinar, the FEHD will issue advisory letters to operators of catering premises on the latest arrangements and update its relevant thematic webpage to remind catering premises operators to strictly comply with the various anti-epidemic regulations and restrictions. Moreover, the spokesman also reminds members of the public to comply with the related regulations and directions on group gatherings and mask wearing at catering premises. 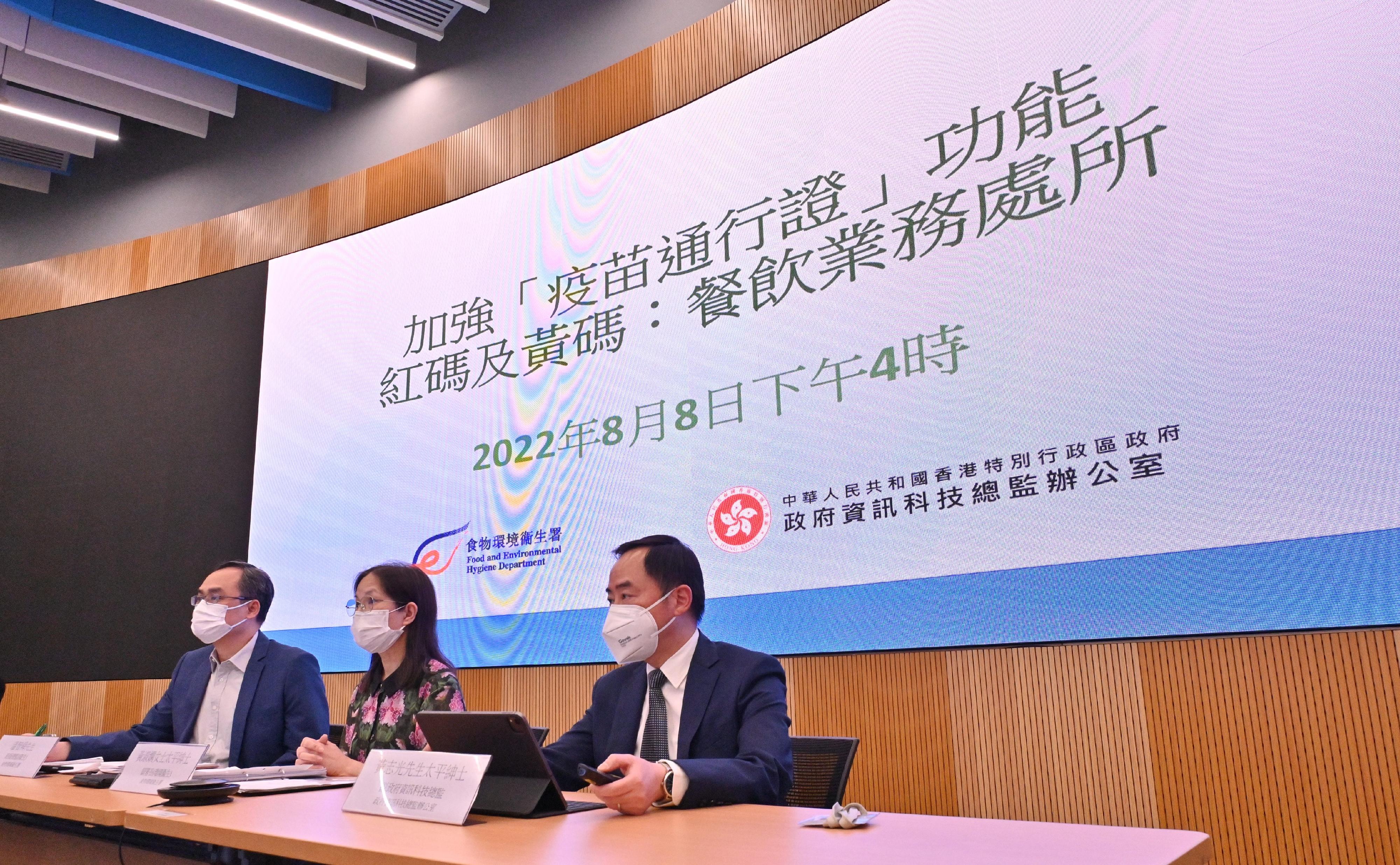